In the face of overcapacity, some LED companies are finally unable to hold back. On August 7, news from Ningbo showed that the relevant local courts had accepted the bankruptcy application filed by Andy Optoelectronics, and the relevant departments were handling the procedures. This is another company that has been smeared in the glare of emerging industries. According to media reports, there have been many banks, Brent and Vision Optics in bankruptcy.

According to industry insiders, in the first half of this year, the upstream of the LED industry has been in a stalemate state. The enterprises that originally planned large-scale investment have slowed their production capacity. Especially at the end of the second quarter, almost all large enterprises and small and medium-sized enterprises are facing revenue. The dilemma of slowing down and falling profits, some packaged companies are even going bankrupt.

The signs of industry reshuffle caused by overcapacity and the support policies of energy conservation and consumption reduction at all levels of government have formed two distinct expressions in the Chinese LED lighting industry.

Overcapacity
"Overcapacity has led to a sharp drop in LED chip prices." Zhuang Shenan, chairman of Beijing Shenan Investment Group Co., Ltd., told reporters that the price of LED chips was as high as 20 yuan / watt a few years ago, and has now been greatly reduced to 3-5 yuan / watt. . In the downstream application of Chinese enterprises, it is estimated that there are about 8,000 related LED companies in China, most of which are in a small and scattered state. However, due to the promotion of the state subsidy policy, the high cost problem that has restricted the development of the domestic LED lighting industry in the past few years is gradually being resolved.

Zhuang Shenan said, "Compared with the previous two years, the promotion of LED is not difficult now."

"Upstream days are not good." Zhuang Shenan said that the world's major LED chip makers were too optimistic about the replacement of traditional lighting, and invested heavily in capacity expansion, but in fact the downstream application demand did not break out as expected. According to Zhuang Shenan, chip makers have been fighting price wars. This year's price has dropped by about 50% compared with last year. At the same time, the proportion of chip cost in the total cost of LED lighting products has also dropped significantly. Zhuang Shenan said that in 2008 and 2009, the ratio was about 50%, but now it has dropped to about 1/5.

Subsidized fermentation
Although the market is at the turning point of the industry reshuffle, all LED manufacturers have high hopes for the subsidy policy that has been introduced intensively this year.

Guangdong Province has announced the mandatory promotion of LED lighting products in the public lighting sector. All public lighting fields invested by government finance or state-owned capital will adopt LED lighting products. In addition, the State Council's research related rules promoted the arrangement to promote financial subsidies for energy-saving home appliances of 26.5 billion yuan, of which 2.2 billion yuan was used to support the promotion of energy-saving lamps and LED lighting.

Wu Shengbo, president of Osram Asia Pacific, said in an interview that China is the world's largest lighting market. With the subsidy policies of Chinese governments at all levels, China's replacement of traditional lighting in LED lighting will be further accelerated.

In order to achieve the goal of â€œwide-year LED public lightingâ€, Guangdongâ€™s â€œImplementation Planâ€ clearly requires the implementation of LED lighting demonstration projects invested by roads, public places, government agencies, state-owned enterprises and institutions, or other state-owned capital investment. Compared with the caliber, the lighting energy consumption is more than 50%, which drives the province's LED industry to reach an annual output value of more than 500 billion yuan by the end of the 12th Five-Year Plan. In the past, due to high cost constraints, LED lighting was mainly used in the commercial field, and with the subsidy policy in place, the civilian market with a market size of about five times that of the commercial market will start.

The front of the product can be controlled by WIFI and remote. 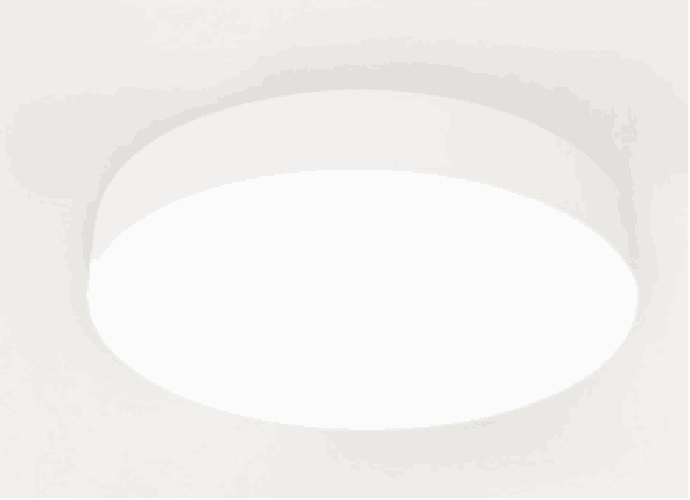