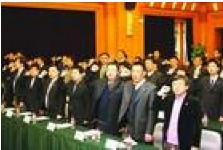 It is reported that at the regular press conference held by the Ministry of Commerce yesterday, Shen Danyang, a spokesperson for the Ministry of Commerce, said that the total retail sales of consumer goods this year is expected to grow at a rate of approximately 14.3% year-on-year. In the future, in the promotion of consumption policies, the Ministry of Commerce and other departments will gradually formulate specific supporting measures to cultivate a number of strong growth drivers. Informed sources disclosed to reporters yesterday that the promotion of a new consumer policy may be related to energy conservation and will still involve household appliances. The coverage may exceed the previous appliance replacement and energy-saving subsidies.

According to data from the National Bureau of Statistics, in November, the total retail sales of consumer goods reached 1,847.7 billion yuan, a nominal increase of 14.9% year-on-year, and an acceleration of 0.4 and 0.7 percentage points respectively from October and September, the highest growth rate this year. From January to November, the total retail sales of social consumer goods reached 1,868.3 billion yuan, a year-on-year increase of 14.2%; after deducting price factors, it actually increased by 12%, which was a 0.6 percentage point increase over the same period of the previous year.

In response to the above situation, Shen Danyang stated: â€œWe expect the annual growth rate to be approximately 14.3%. The first three quarters of the year have exceeded the investment for economic growth for the first time since 2006. This is a good development trend and is also a structural adjustment. The performance of further optimization.â€ The data show that in the first three quarters of this year, the contribution of final consumption to economic growth reached 55%, exceeding the contribution rate of investment (gross capital formation) to economic growth of 50.5%.

Regarding the consumption situation in the next year, Shen Danyang stated that the signs of economic stability in China are gradually emerging, and this is the most important basic factor for consumption growth. "According to the spirit of the party's 18th National Congress and the recently convened Central Economic Work Conference, next year the state will intensify efforts to improve people's livelihood, further increase the income of residents, and improve the level of public services such as education, medical care, social security and equalization, and promote urban and rural areas. Integrated development. This series of policy measures will provide a good space for expansion of consumption."

At the just-concluded Central Economic Work Conference, it was proposed that we must firmly grasp the strategic basis for expanding domestic demand, cultivate a number of strong growth drivers, and increase the basic role of consumption in economic growth. Shen Danyang stated that at the forthcoming national business conference to be held at the end of this month, the leaders of the Ministry of Commerce will put forward some ideas at the meeting, and will also formulate supporting policies.

In this regard, Zhao Ping, deputy director of the Ministry of Commerce Institute of Consumer Economics, also said that the central government proposed cultivating a number of strong consumer growth points, may indicate that the next year to promote consumer policies will be greater. "Increase in subsidies for green energy-saving products and the introduction of industrial policies in the service sector may become the content of the government's pro-consumption policy in the future."

"In the aspect of commodity consumption, it is necessary to further support the consumption of automobiles, home appliances, etc., such as the introduction of subsidies for increasing energy-saving automobiles, energy-saving appliances, and other green energy-saving products." Zhao Ping believes that China's consumer potential has been greatly constrained. The important bottleneck is the service sector. Therefore, in the service sector, it is necessary to introduce differentiated industrial policies in the service industry for monopolies and insufficient industry development to promote the development of the service industry and thus release the consumption potential of the common people.

PDU Power Socket be with any type plug,could be selected to be with USB ports,Internet ports,Phone ports,overload protection and with or without switch.

PDU Power Socket can be set into furniture and office furniture like table,cabinet and so on.It will be easily to use the charging for Phone and home appliance.