The current wireless Bluetooth transmission technology is not only the basic standard equipment for medium and high-end mobile phones, but also has a trend of popularization of stereo headphones. In the past, the main application areas of Bluetooth technology include: voice and music related mobile phones, PDAs and other handheld devices, including consumer products, such as: computers, printers, automobiles, medical equipment, etc., about 20% of products With built-in wireless Bluetooth technology.

A variety of Bluetooth applications, the automotive industry has become a new trend

"When driving a car and answering a mobile phone call," such dangerous behavior has been prohibited by legislation in Taiwan, and the danger caused cannot be ignored. As the problem of safe driving and safe driving continues to be raised, it has attracted more attention. This has also enabled the wireless Bluetooth technology for vehicles to gain strong support in the market. On the one hand, it has also created wireless Bluetooth. The wide application of technology in the automotive industry.

So far, there is about blue

The relevant protocol standard for teeth is a solution developed by the Bluetooth Technology Alliance, which has been popularized in the wireless communication market for a long time, with open, short-distance, low-power Bluetooth wireless communication technology. The main RF operating range is the 2.4GHz ISM that does not require authorization, including the frequency range used by the automotive industry, the medical industry, and technology products. The main technology is to use frequency hopping technology to reduce interference and reduce signal attenuation. In addition, fast frequency hopping can also be used to reduce the influence of noise interference caused by co-channel interference and long-distance transmission; even FM modulation can be used. Technology, on the one hand, enhances the stability of wireless signals, and on the other hand, reduces the complexity of wireless devices.

Basically, Bluetooth wireless communication technology not only has a special and important specification of the connection layer, but also based on many applications on the connection protocol layer, such as: Handfree Profile, file transfer, network applications. Among them, the Handfree Profile is the largest application in the automotive industry. It can be directly integrated with the AV AV multimedia, car-mounted satellite navigation and other devices, and the user is no longer equipped with other devices.

Although these new designs and applications may cause several problems, for example, the technical problems of the advantages and disadvantages of Bluetooth wireless transmission, or the possibility of echo interference and noise suppression in the small car interior space, that is, voice communication Quality issues. In this regard, what is the response? It is understood that manufacturers have developed a Bluetooth chipset solution, as well as a software system with echo cancellation, and the chip and software technology is introduced into the Bluetooth-free implementation of the car. In the program. 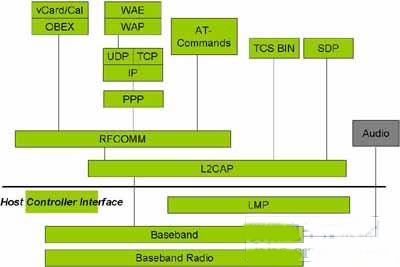 The Bluetooth wireless communication system used in automobiles is still the largest application of handheld devices, and the Bluetooth standard SIG Bluetooth Technology Alliance has also developed many relevant specifications in terms of the operability and applicability of automotive and Bluetooth devices. However, the mobile phone manufacturers of various brands actually use or operate differently, but they can only ensure that the basic operation will not have any problems, but in the additional functions of Bluetooth, it is impossible to give the greatest satisfaction. That is to say, some Bluetooth functions cannot be displayed on the car. In addition, there are still many mobile phone manufacturers that cannot pass the BQB certification standard, which not only creates greater interoperability difficulties, but also leads to technical problems that are difficult to be compatible with different car brands and different mobile phone brands. 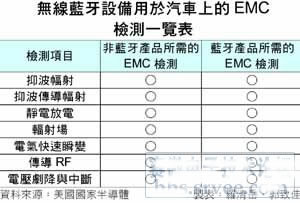 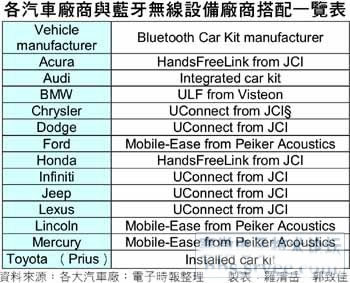 Because the interior space of the car is relatively small, and it can no longer be expanded; if the mobile phone device using the hands-free wireless Bluetooth system achieves the effect of playing through the speaker system on the car, it is easy to cause sound reflection in the car. Even the microphone device in the in-vehicle system is transmitted back, so that the vehicle-mounted wireless Bluetooth system generates an echo phenomenon. At this time, if the listening (receiving) effect of the hands-free Bluetooth mobile phone is used in the car, the interference will be greatly reduced. 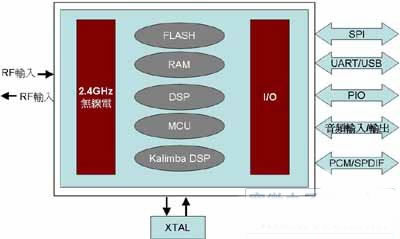 Caption: The possible situation of echo generated by the car-mounted Bluetooth wireless system, or the possibility of poor quality of the Bluetooth transmission device for the car. (Source: CSR Car Bluetooth Wireless Device Solution)

In general, when using a product equipped with a wireless Bluetooth device, the echo is caused in the car. During the period when the user hears the echo, there is about 0.5.

Color of socket can be customized.